This was a data filled week as three central banks delivered substantial interest rate hikes. The hikes have placed a spotlight on the possibility of global recession again.

The Federal Reserve Bank of America hiked interest rates by 75 basis points on Wednesday which sent the greenback to a 24-year high. Fed Chair, Jerome Powell reiterated that bringing inflation down has been extremely hard for the Fed and that their decisions opens a door for slower economic growth and higher unemployment in the country.

The Fed also made it clear that they will be hiking interest rates aggressively for a longer period to tame the economy destructor which is inflation. Powell repeated that they are not where they need to be with inflation. However, the Fed’s moves are data dependent, and they will hike according to the inflation figures at the time of their decision. Investors are strategically planning their portfolios for another 75 bps hike from the Fed in their next meeting.

Although investors were highly impressed with the rate hike this week, they are still concerned that if the Fed over-tightens monetary policy, the U.S will run into a recession which the Fed Chairman has already said is difficult to avoid.

Locally, The Reserve Bank of South Africa followed suit from the U.S and hiked interest rates by 75 basis points to 6.25% to tame inflation which is at a 13-year high. Although inflation decreased by 0.2%, SARB Governor Lesetja Kganyago said that inflation was still at a concerning rate, currently at 7.6. The rate hike brought some temporary relief to the Rand and importers were able to take quick advantage of better buying levels before the SARB decision yesterday at 3pm. Economists have warned that consumers should brace for another big interest rate hike from the SARB in their next meeting. 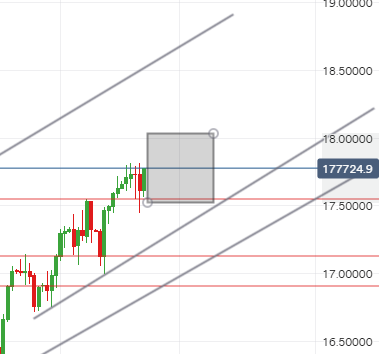 The Eurozone’s consumer confidence fell drastically to a new record low, plummeting to 28.8% in September. Economists believe that the Eurozone is in for a recession in the coming months.

The energy crises in the EU is one of the main factors affecting the economy as households brace for a winter energy reduction and a further acceleration of inflation which is soaring. With Russia cutting its energy supplies from the EU in retaliation to the sanctions over their war in Ukraine, economists believe that the economy will contract by 2.2%.The economy is clearly heading into a true stagflation environment.

Russian President Vladimir Putin declared partial mobilisation and threatened nuclear retaliation in escalation of the Ukraine war. He threatened that they will use all means at their disposal. Videos surfaced the internet on Thursday of newly mobilized men preparing to be deployed in the City of Neryungi.

Technical:
The EUR lost ground after the Fed interest rate decision and fell to a low of R17.37/€ on Wednesday, further dropping to R17.24/€ yesterday. Investors’ confidence was moved to the Dollar and the Euro fell due to recession woes as well. Russia’s mobilization also aided to a weaker EUR. We anticipate that the EURZAR will trade within the range of R17.24/€ to R17.52/€ 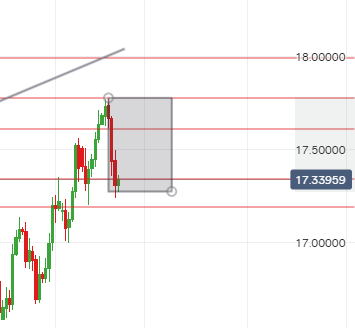 The Bank of England hiked interest rates by 50 basis points yesterday and warned that the UK might already be in a recession. This is the seventh consecutive interest rate hike from the UK with current rates last seen 14 years ago.

The UK has been battling with inflation which is at a 40-year high and fast approaching double digits. The BoE also forecasted that the GDP in the UK will contract by 0.1% in the third quarter, down from a 0.4% increase in growth forecast for the third quarter.

Technical:
The British Pound has dropped below R20/£ after their interest rate decision. Comments made by the BoE that the UK might already be in a recession alarmed investors and resulted in the Pound losing ground in the markets. We anticipate the GBPZAR pair will trade within the range of R19.75/£ – R20.02/£ 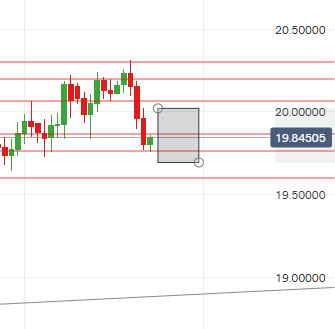 stay in the know

This website uses cookies to improve your experience. We'll assume you're ok with this, but you can opt-out if you wish.

Any cookies that may not be particularly necessary for the website to function and is used specifically to collect user personal data via analytics, ads, other embedded contents are termed as non-necessary cookies. It is mandatory to procure user consent prior to running these cookies on your website.

Speak to an expert

Please complete the form and one of our currency experts will call you back shortly. Alternatively, call us on +27(0)11 888 0125 email us at info@fxpaymaster.com

stay in the know

Need Help? Chat with us
Start a Conversation
Hi! Click one of our member below to chat on WhatsApp
The team typically replies in a few minutes.
Sales
Sales Support